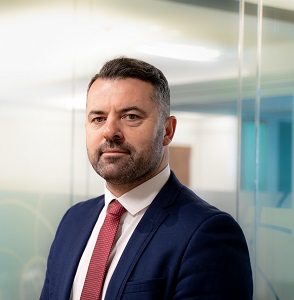 Graham is a Deputy Commissioner and the Head of Communications with the Irish Data Protection Commission (DPC), having been first appointed in October 2017. Graham has responsibility for the operationalising and management of the DPC’s Communications Strategy, which includes extensive national and international media engagement, attending and speaking at events domestically and abroad and delivering a comprehensive internal communications programme for the DPC. Graham also has responsibility for the DPC’s first-line response functions and Corporate Affairs.

Previously Head of Communications at the Garda Síochána Ombudsman Commission (GSOC) and Student Universal Support Ireland (SUSI), Graham has worked in the Public Service since 2000. He holds a graduate honour in Public Management, specialising in Law and the Administration of Justice.